I’m happy to announce that today the Elden Ring soundtrack is available on streaming services worldwide. This 67 track album includes all the music we composed for the game, which saw full-scale production begin when first composing the score to be used in the E3 (2019) debut trailer. 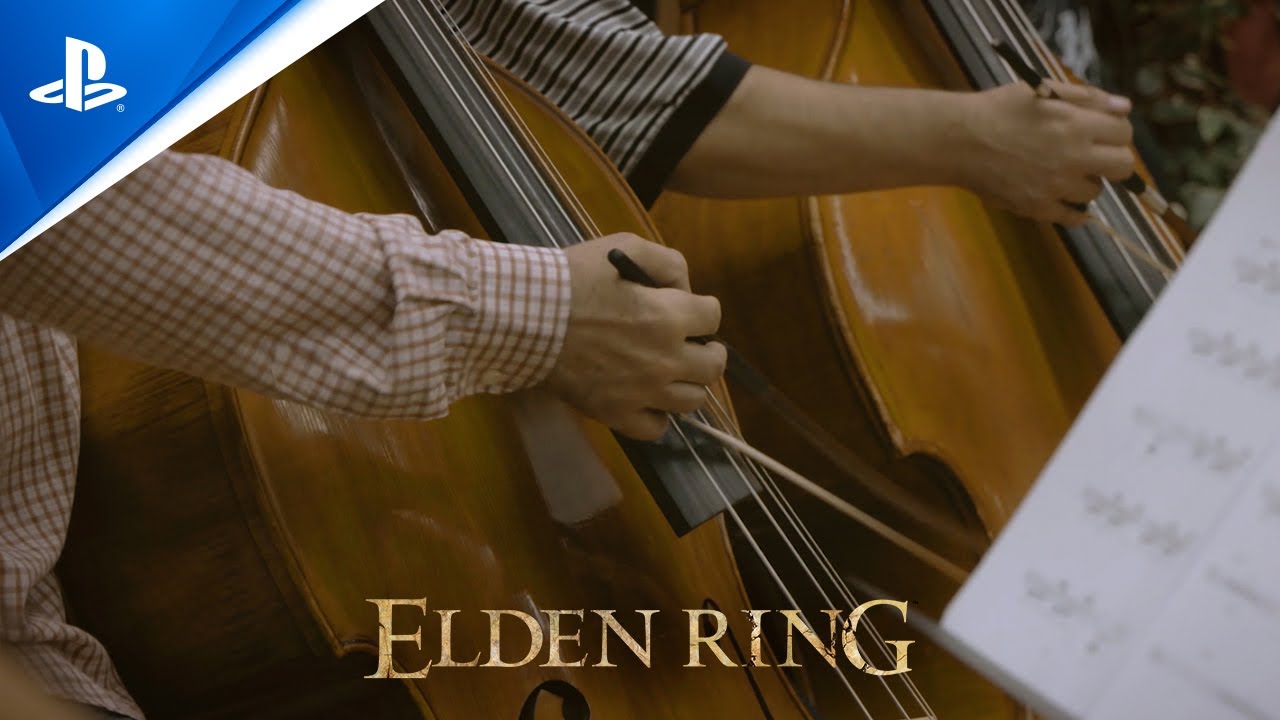 During production, we were highly conscious of key words and phrases such as “an epic tale,” “composure and resilience,” and “eloquence,” as we wanted the music to reflect the fact that this was something different from the Dark Souls series or Bloodborne.

For much of production, the process starts with a brief provided by the director. The brief describes the mood and imagery desired for the piece, including information about a character’s background, or the location/situation envisioned for battle music. We refer to this text, concept designs and in-game screenshots, allowing us to expand on the original vision and build out the track. Once the track is finished, it’s submitted to the director for feedback. Through multiple retakes we can then take our ideas further, refining the composition and adjusting until its complete. We also recorded with a full orchestra and singers for Elden Ring’s score. The orchestrator and performers did an absolutely wonderful job.

One track, “Song of Honor,” plays at Redmane Castle before the Radahn Festival. We originally intended to record this track with only the choir members. However, we realized that a gathering place for many mercenaries and soldiers wouldn’t necessarily be filled with skillful singers. We wanted to try a direction that wasn’t specialized in vocal music, so as a hasty request, we asked the members of the brass section if they could perform the part for us. They gladly went along with the idea, and I’m enormously grateful they did, as we ended up getting a fantastic recording from them that was very fitting for a warriors’ song.

The song I’m the most emotionally attached to would have to be the title theme, “Elden Ring.”

This composition needed to represent the game in its entirety; it needed to express something different to our previous titles. We spent a long time obsessing over and fine-tuning the details and tonal qualities of this piece, and I think as a result we achieved something that embodies the themes of the game, and became a strong directional pillar for the rest of the music. I think we made a good piece for when players start up the game, stirring their motivation and excitement for heading out on their adventure to become Elden Lord.

You can listen to the entire soundtrack album here.