The hardware from which SpiderPi is constructed is similar to that of its Hiwonder sibling, TonyPi, reviewed back in The MagPi 111 (magpi.cc/111). Controlled by a 4GB Raspberry Pi 4, SpiderPi’s legs are made from 18 servos – three for each of its six legs – fitted into hinged aluminium frames, giving it a Meccano-like appearance. This also gives you some idea of how robust and well-constructed this clever hexapod is. The robot’s HD camera head can rotate through 140 degrees while observing its immediate surroundings, picking out faces and signalling recognition by waving a leg. 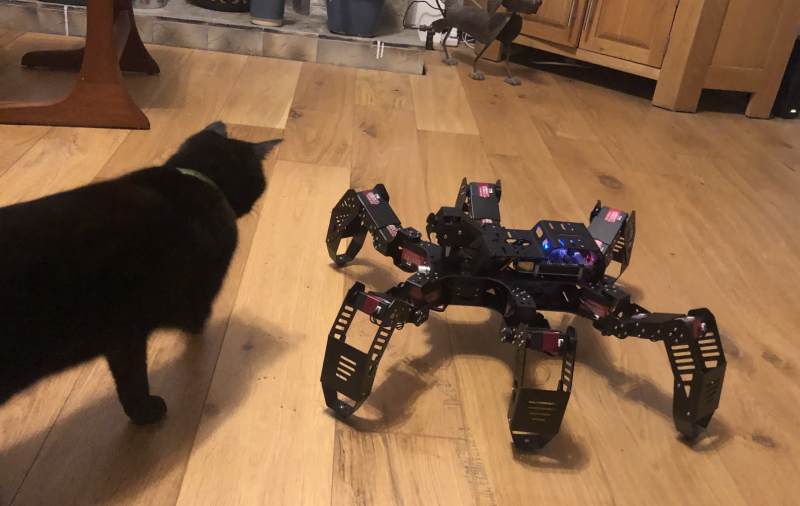 It’s powered via an 11.1 V lithium-ion battery that connects to its governing Raspberry Pi 4, and provides roughly 40 minutes of usage from battery power. To control SpiderPi, install the WonderPi app on your tablet or smartphone, then select either a direct connection mode and use SpiderPi as a personal hotspot, or connect over a LAN or home network. Initiate a search for SpiderPi if the app doesn’t automatically detect it. However, you’ll realise the robot has been ‘found’ as its limbs will suddenly move, ready for action. Make sure you’ve got plenty of space around you, as you’re about to discover it can cover half a room with alacrity.

Select SpiderPi when its icon appears in the app to bring up the menu of ‘games’, including the AI‑based line tracker and coloured ball recognition activities. 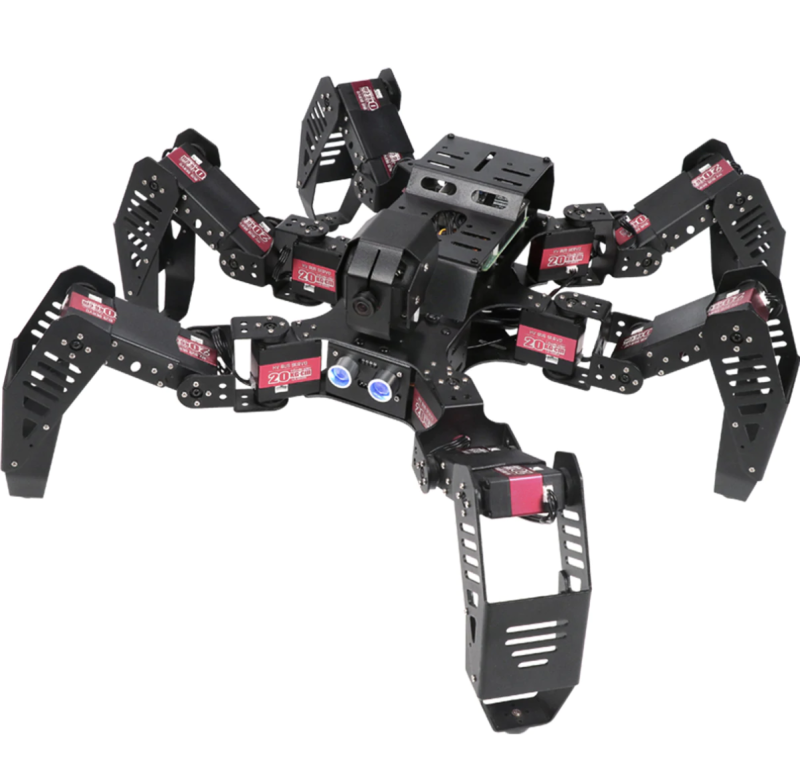 An on-screen D-pad prompts SpiderPi to scuttle forward, back, and sideways, as well as twist menacingly on its haunches and raise its front legs to fight. It can even perform an inelegant but speedy flip and boasts an ‘Inverse Kinematic Gait’. SpiderPi’s rate of movement and camera sweep angles for the object and face recognition games are easily adjusted via a sliding bar. A friendly wave of a leg usually indicates SpiderPi has spotted you if you’re sitting within a metre of its camera, but you might be overlooked if you’re at the extremes of range of vision.

This intelligent hexapod can also be tasked with following an undulating line on the floor, distinguishing between different-coloured objects and following commands issued via a Python script tied to a QR code its 480 p camera notes and Raspberry Pi decodes. It can be challenged both to pick up and carry and to avoid objects, effectively shuffling round to outfox barriers and obstacles, as long as they’re hefty enough for its camera to notice them. These games, of course, are ideal if you want to use SpiderPi as an interactive learning tool, since new commands can be written in Python, and QR codes generated for its camera to find and carry out. 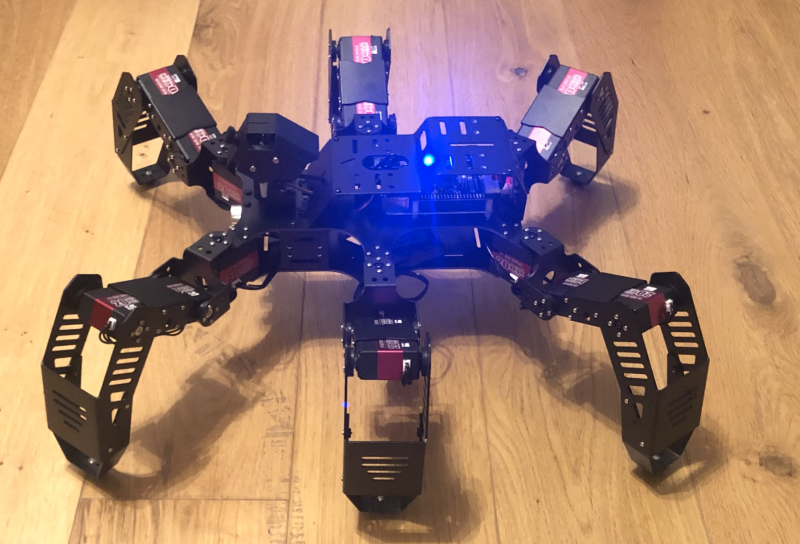 SpiderPi is a solidly built robot that will impress friends and intimidate battlebot challengers. Its realistic scuttling movements, accurate face and object recognition, and the ability to learn new tricks make it a great, if pricey, learning tool.