How high are the stakes in the all-new Battlefield Hazard Zone? Let’s just say it’s definitely not for the faint of heart. A tense, squad-focused survival experience, Hazard Zone combines edge-of-your-seat gameplay with the best of the Battlefield sandbox.

Before we dig into the details, let’s give you a little of the in-game history that will help you understand this new mode. In the year 2040, a worldwide event known as The Blackout took out roughly 70% of satellites in orbit – decimating worldwide communication, navigation, and surveillance. Prior to this mounting tensions caused by rising sea levels, economic collapse, and massive waves of the displaced set the stage, but it was The Blackout that completely destabilized a world already on the brink.

International distrust inspired both the US and Russia to engineer a surveillance solution: the use of satellites equipped with capsules containing radiation-hardened data drives. These capsules (and the precious intelligence they contain) are dropped into their respectively controlled territories for the Occupying Forces to secure. 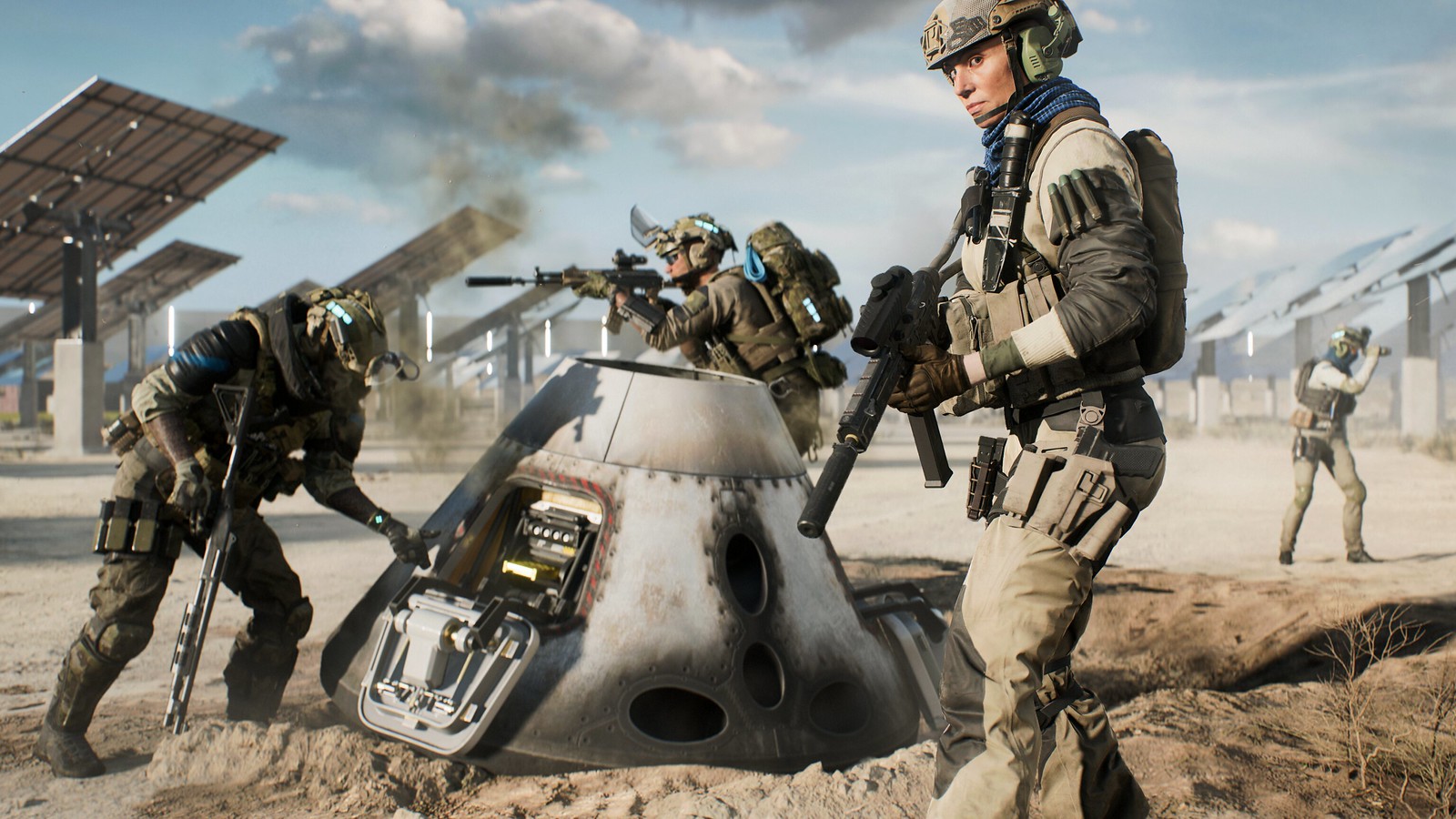 Of course information isn’t only prized by the superpowers, many of the Non-Patriated (or No-Pats) are very interested in getting their hands on the data drives as well. Some want them for the price they’ll fetch on the Dark Market, while others are more focused on using it to keep themselves and their friends and families safe. Regardless of their reasons, the No-Pats are very motivated to intercept as many data drives as possible – so much so that they’ve organized and funded Task Forces for this sole purpose. And in Battlefield Hazard Zone you and your squadmates will make up one of these teams. Your job: locate, gather, and extract data drives before a storm overtakes the area.

Oh, and did we mention you only get one life to do it? Hey, we did warn you the stakes would be high.

So how does this all play out? Well, there are five elements to every match: 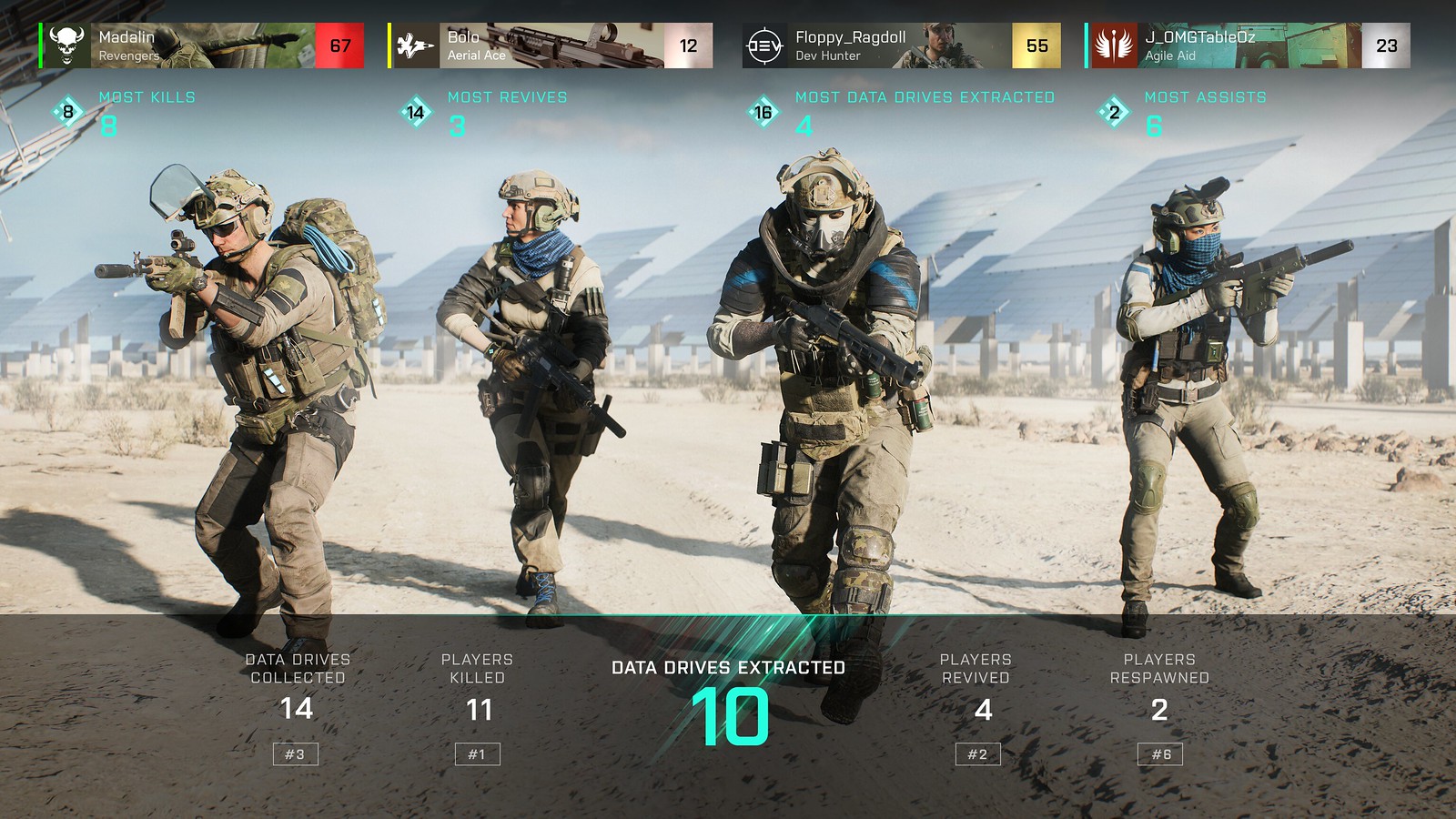 You’ll start with a Mission Area Briefing where you’ll get the info you need to succeed, from regions of the map with a high probability of enemy combatants, data drives, and Uplinks. The latter are powerful items that can turn the tide of battle. Three types of Uplinks will be available at launch: Vehicle, Ranger, and Reinforcement Uplinks. Whether you need to bring back a buddy, gain a quick tactical advantage, or get the heck out of Dodge – Uplinks have got you covered.

You’ll then select the Specialists and loadouts you and your squad will join the fight with. Choose wisely (and strategically) at this stage and you’re likely to do well. So balance your squad and skills carefully before you deploy.

From this point on you’ve got just one mission – securing those capsules and data drives. Of course you won’t be the only ones doing so. Rival squads will have the same objective and then there are Occupying Forces who will guard the contents of those capsules with their lives. 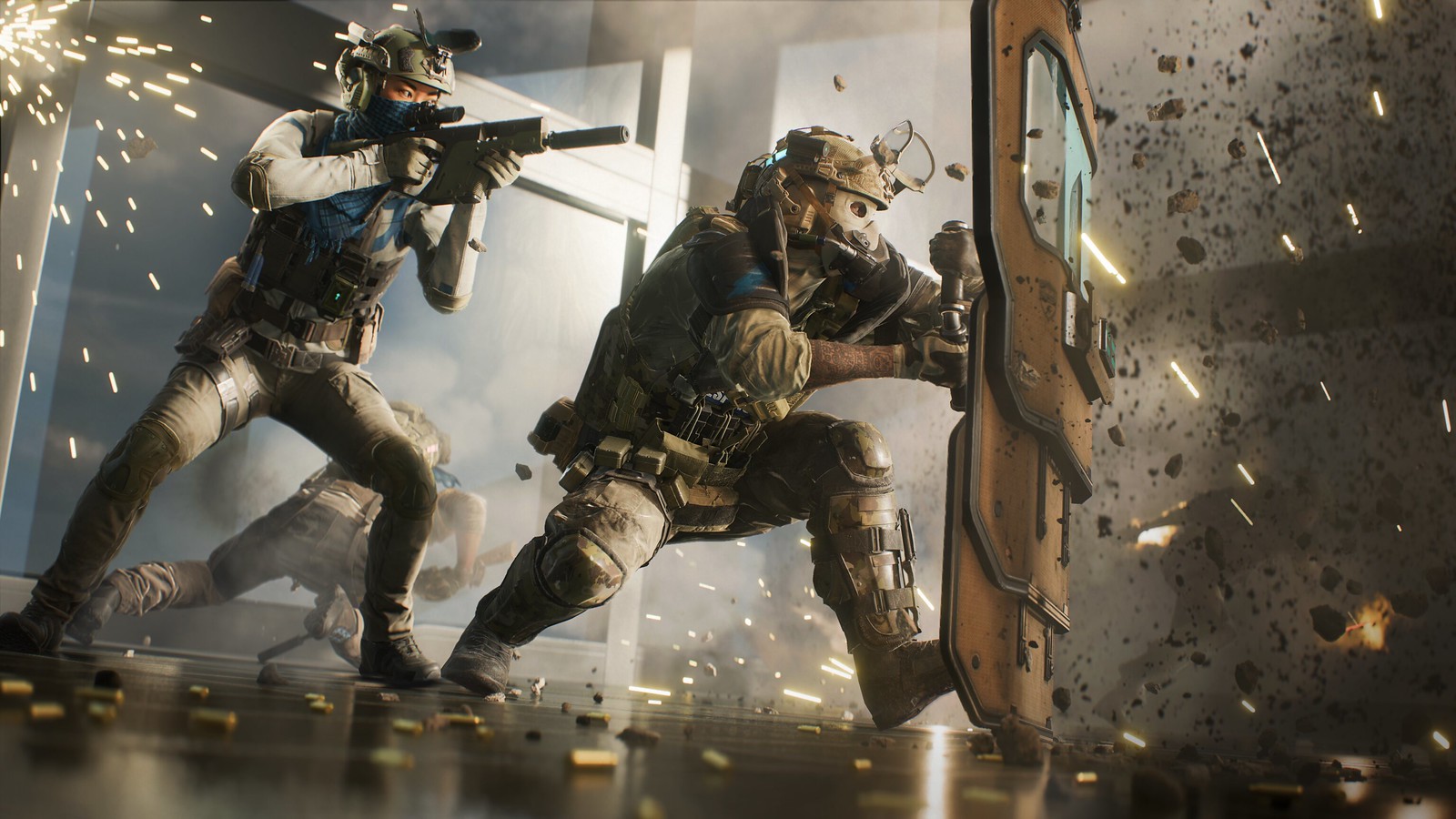 Ok great, you’ve defeated your enemies and secured the data drives…now what? Let’s just say getting out in one piece – intel in hand – is going to be pretty tricky. Two extraction windows are available per match at randomized locations, but only for a short period of time. To succeed in your extraction, you will have to wisely consider whether you’re going for the first window, or, risk it all and stay until the very end. Locate the LZ then get there as fast (but as safely) as you can. Naturally you won’t be the only ones to show up, so you’ll need to defend the area against rival squads and Occupying Forces long enough to get everyone on the aircraft. If any of your squad don’t make it they’ll get one more shot during final extraction, but remember, if you’re all left behind, you’ll lose everything you’ve gathered!

Congrats, No-Pat, you beat the storm and your opponents and made it out in one piece with plenty of data drives – that means you’re going to rack up both XP and Dark Market Credits. The former’s pretty self-explanatory, and the latter means you get the opportunity to unlock more (and better) equipment options for you and your squad in the next match.

Hazard Zone, All-Out Warfare, and Battlefield Portal will allow you to take on revamped fan-favorite modes, discover new innovative experiences, and witness an unprecedented scale that adds a new dimension to your multiplayer battles. Are you ready to plunge into the chaotic near-future combat of Battlefield 2042? Deploy on launch day, November 19, 2021, or pre-order the Gold or Ultimate Edition now and put boots on the ground starting November 12. 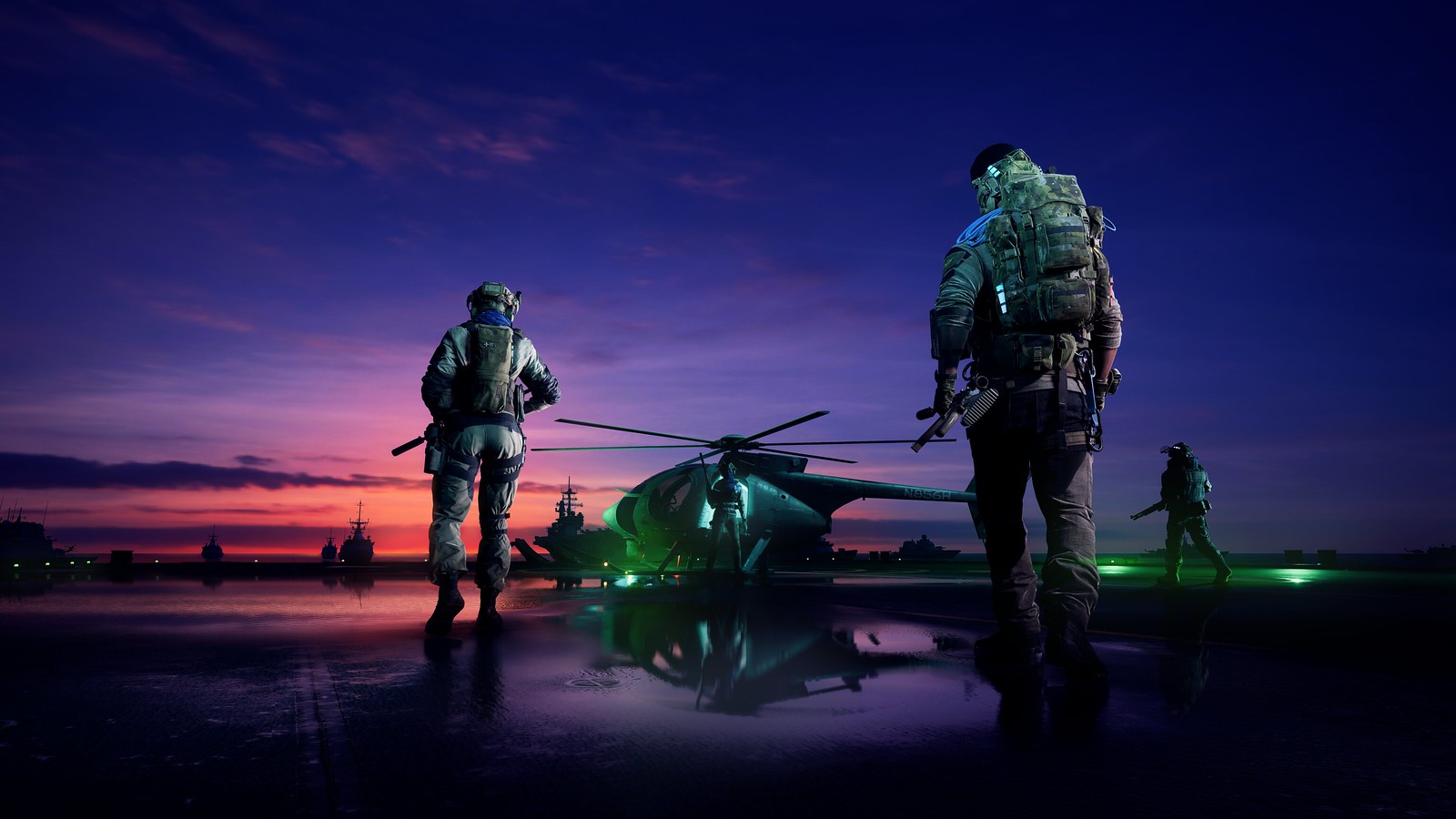