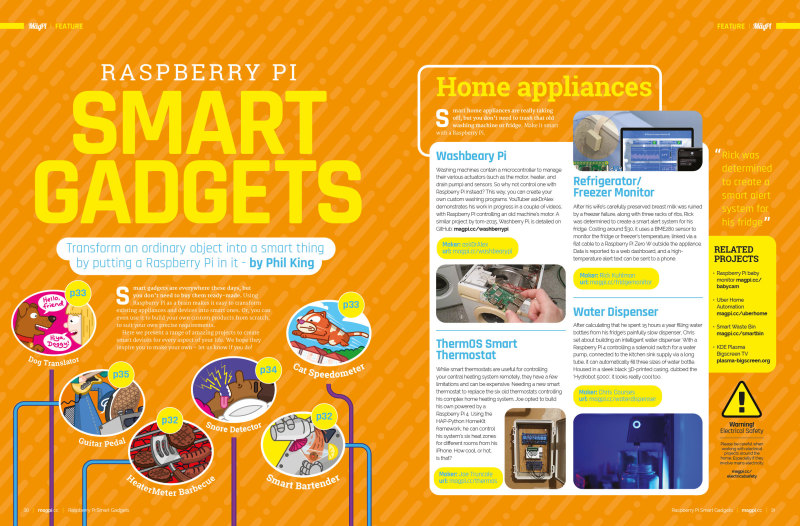 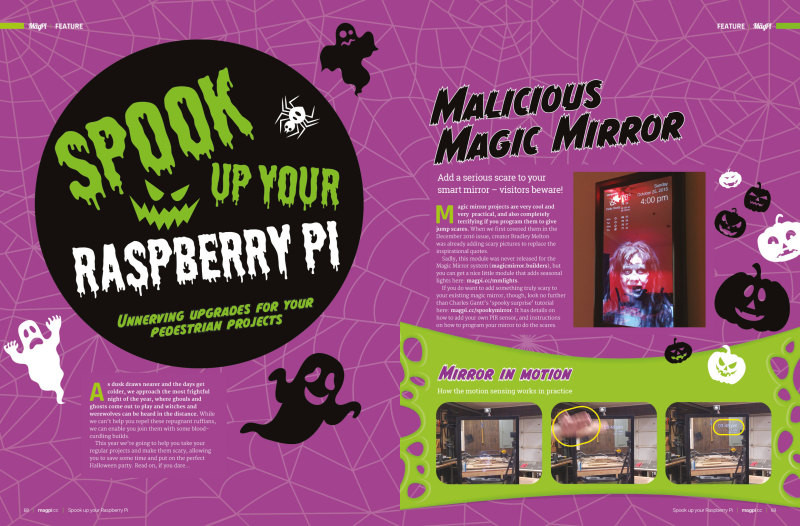 Spook up your Raspberry Pi for Halloween

It’s the time of year to take your projects and make them scary. Rob Zwetsloot has malicious mirrors, shocking detectors, spooky artworks, and a frightening photo booth. 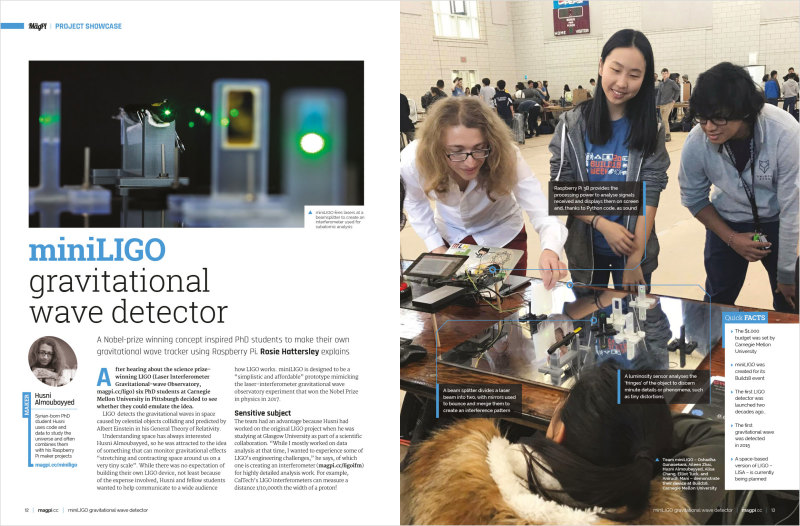 How a bunch of PhD students are using Raspberry Pi to recreate a Nobel-prize winning concept by building a gravitational wave tracker. The miniLIGO fires lasers to create an interferometer for subatomic analysis. 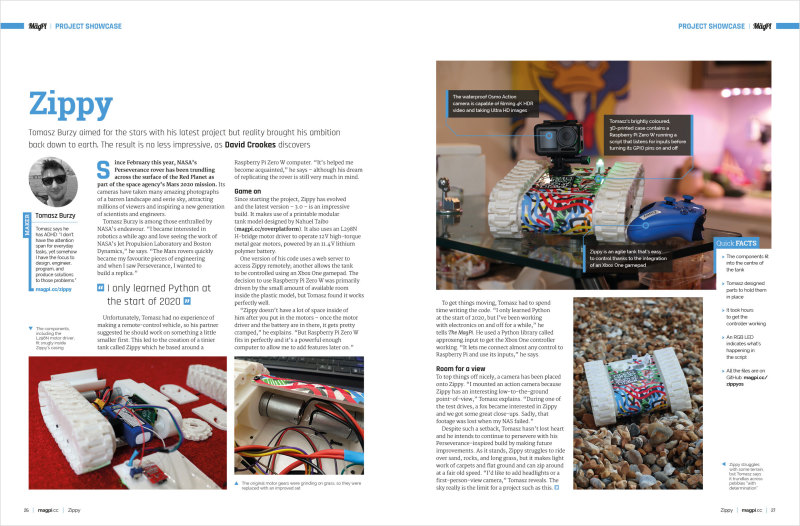 We love a robot here at The MagPi magazine, and Zippy’s colourful looks and trundling tracks quickly stole our hearts. Maker, Tomasz Burzy talks to us about how his modular build uses Raspberry Pi Zero, a webcam and Xbox controller to trundle around. 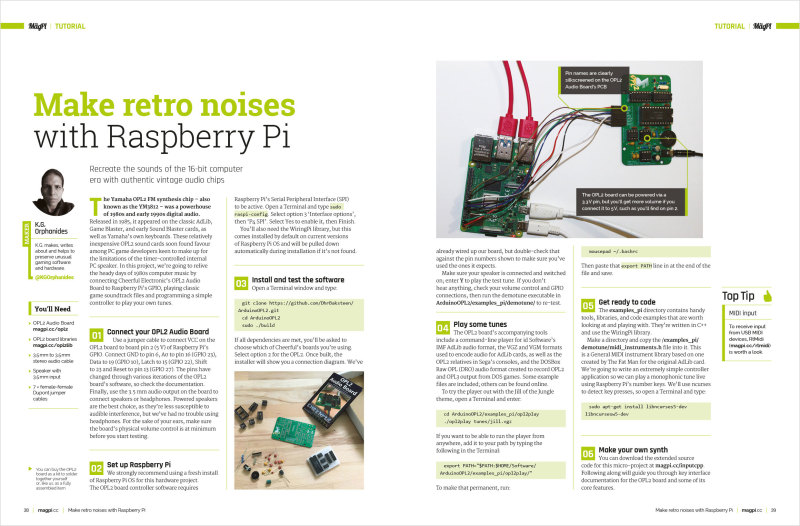 Following in the footsteps of Simon Martin’s SID Synth6581 project is this accessible build by retro expert KG Orhphanides. This retro noises build uses an OPL2 Audio Board with Raspberry Pi to generate classic 8-bit noises. 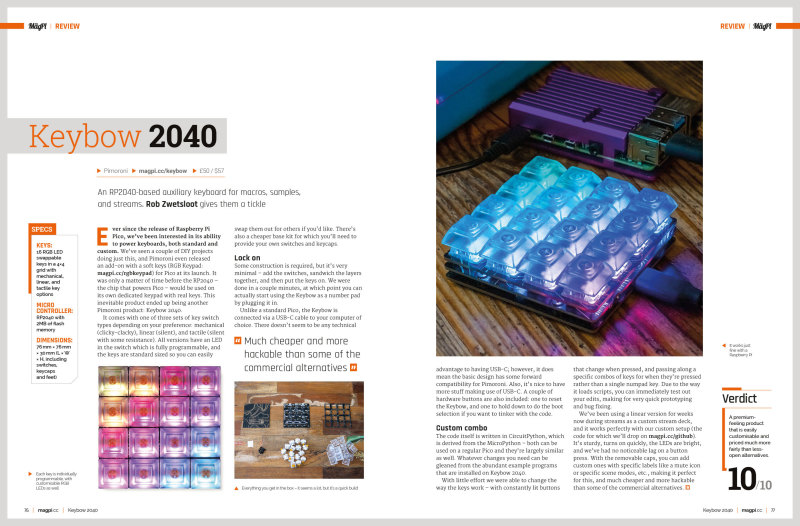 We’re starting to see the first products built on RP2040, Raspberry Pi’s custom silicon microcontroller (the heart of Raspberry Pi Pico). Keybow 2040 is a square keyboard with backlit keys that Rob Zwetsloot has been using as a stream deck (a controller used during video and game streaming). It’s much cheaper and more hackable than the commercial alternatives. 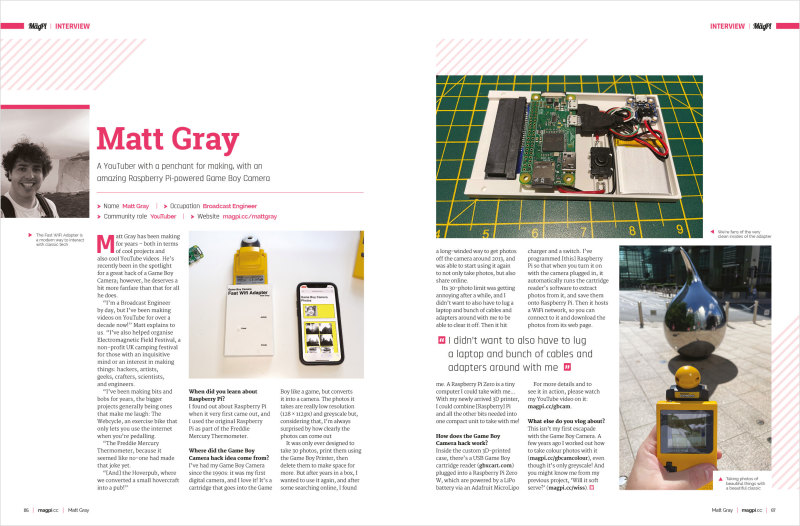 We talk with the YouTuber with a penchant for making and an amazing array of gadgets including a Freddie Mercury thermometer and a HoverPub. Matt talks to us about his latest hack, a Raspberry Pi-powered Game Boy Camera.

Pick up your copy of The MagPi magazine #109

The MagPi magazine is available as a free digital download, or you can purchase a print edition from the Raspberry Pi Press store.