It comes with one of three sets of key switch types depending on your preference: mechanical (clicky-clacky), linear (silent), and tactile (silent with some resistance). All versions have an LED in the switch which is fully programmable, and the keys are standard sized so you can easily swap them out for others if you’d like. There’s also a cheaper base kit for which you’ll need to provide your own switches and keycaps.

Some construction is required, but it’s very minimal – add the switches, sandwich the layers together, and then put the keys on. We were done in a couple minutes, at which point you can actually start using the Keybow as a number pad by plugging it in. 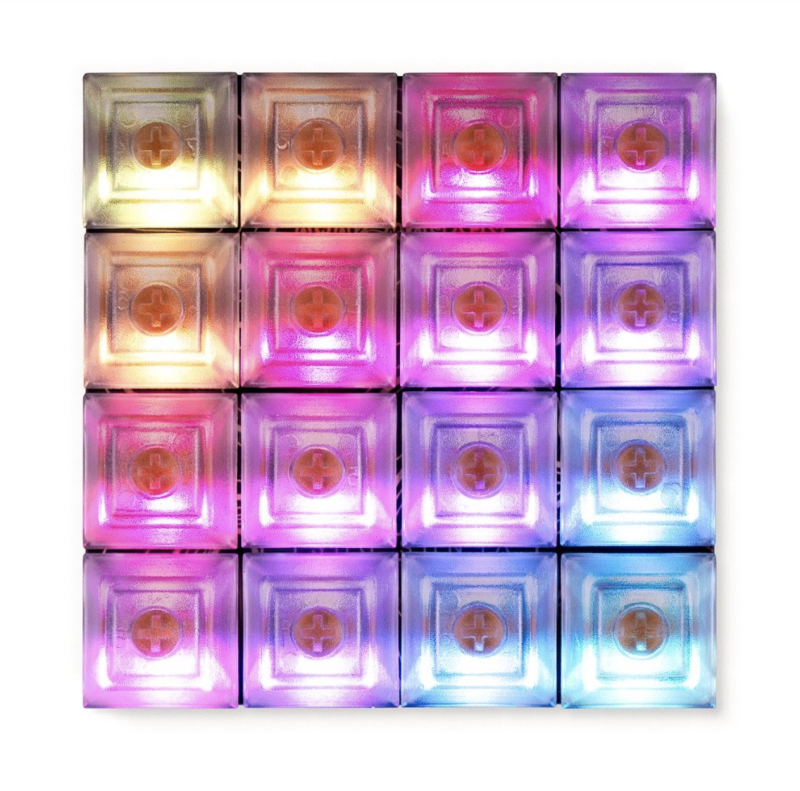 Unlike a standard Pico, the Keybow is connected via a USB-C cable to your computer of choice. There doesn’t seem to be any technical advantage to having USB-C; however, it does mean the basic design has some forward compatibility for Pimoroni. Also, it’s nice to have more stuff making use of USB-C. A couple of hardware buttons are also included: one to reset the Keybow, and one to hold down to do the boot selection if you want to tinker with the code.

The code itself is written in CircuitPython, which is derived from the MicroPython – both can be used on a regular Pico and they’re largely similar as well. Whatever changes you need can be gleaned from the abundant example programs that are installed on Keybow 2040. 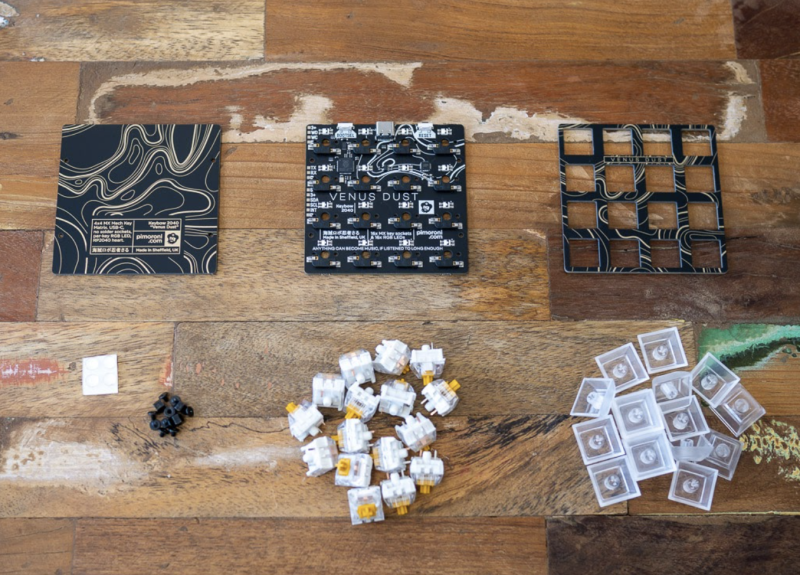 With little effort we were able to change the way the keys work – with constantly lit buttons that change when pressed, and passing along a specific combos of keys for when they’re pressed rather than a single numpad key. Due to the way it loads scripts, you can immediately test out your edits, making for very quick prototyping and bug fixing.

We’ve been using a linear version for weeks now during streams as a custom stream deck, and it works perfectly with our custom setup (the code for which we’ll drop on magpi.cc/github). It’s sturdy, turns on quickly, the LEDs are bright, and we’ve had no noticeable lag on a button press. With the removable caps, you can add custom ones with specific labels like a mute icon or specific scene modes, etc., making it perfect for this, and much cheaper and more hackable than some of the commercial alternatives.

A premium-feeling product that is easily customisable and priced much more fairly than less-open alternatives.