The world of Asterigos

The City of Aphes is stunning in its grandeur and expanse. From the outskirts and marketplaces to military academies and shimmering mines, each zone in the world will provide you with a unique visual experience, challenging battles, and boss encounters. 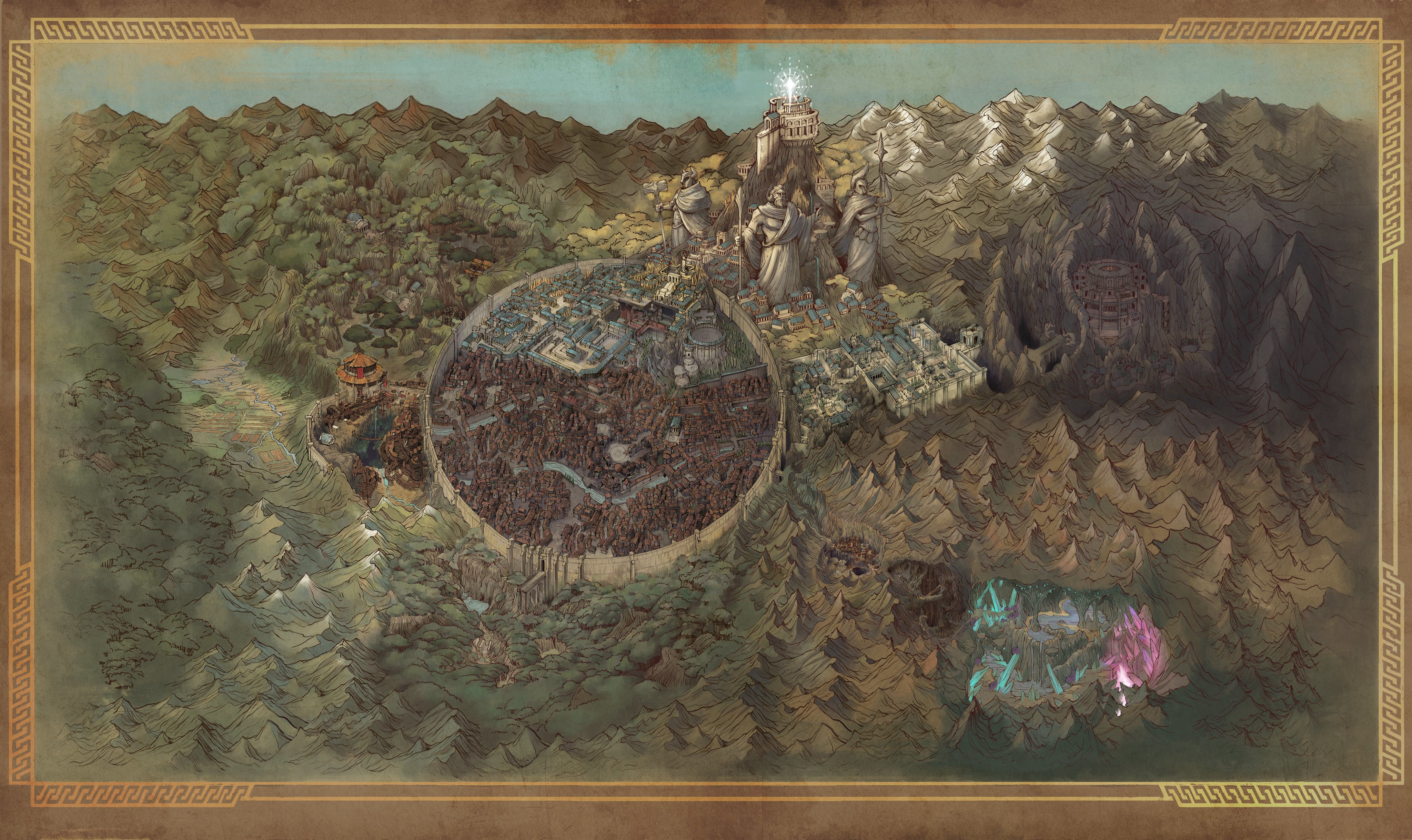 Underneath the city you will find a unique hub that connects all areas of the world together and is the starting point for your adventure. Shelter offers Hilda a place where she can return and be safe. Here you can take new quests from the Adherents, make use of the document archives, the vaults, talk to the blacksmiths, visit shops, and even find a sparring partner if you need training! 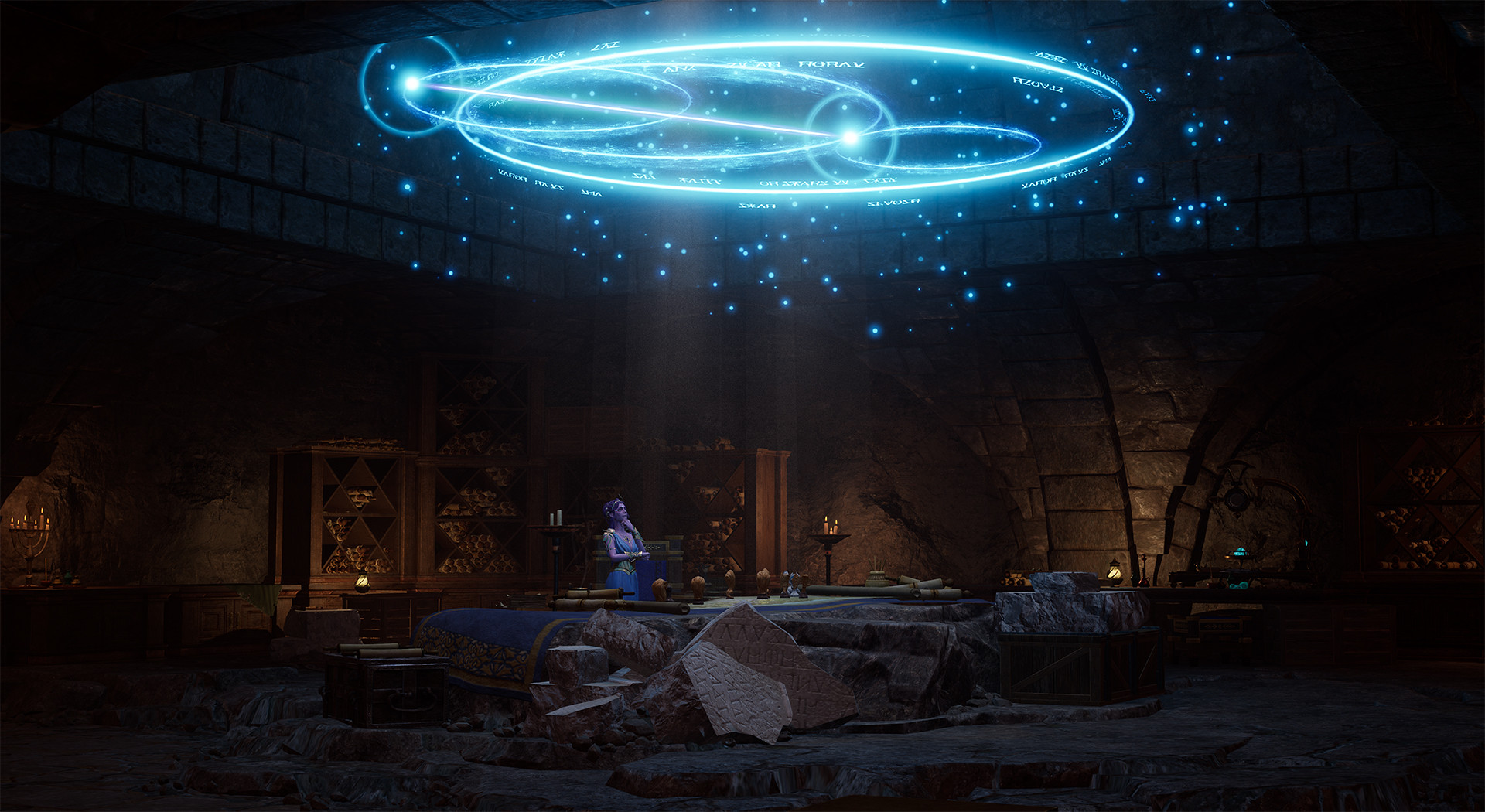 There’s also plenty to do in the Shelter, and as you progress through the game, you’ll discover more opportunities. We want players to have a sense of a ‘universal connection’ as they explore it. So, it’s not just a place where you teleport or load in and out, but the place where the real exploration of the city begins.

The streets of the city are filled with danger around every corner. Each city quarter, including the surrounding areas, is occupied by a host of unique and deadly foes, each with their own special abilities and appearance. Let’s talk about one of the enemy factions, The Dark Cult Ethrus. 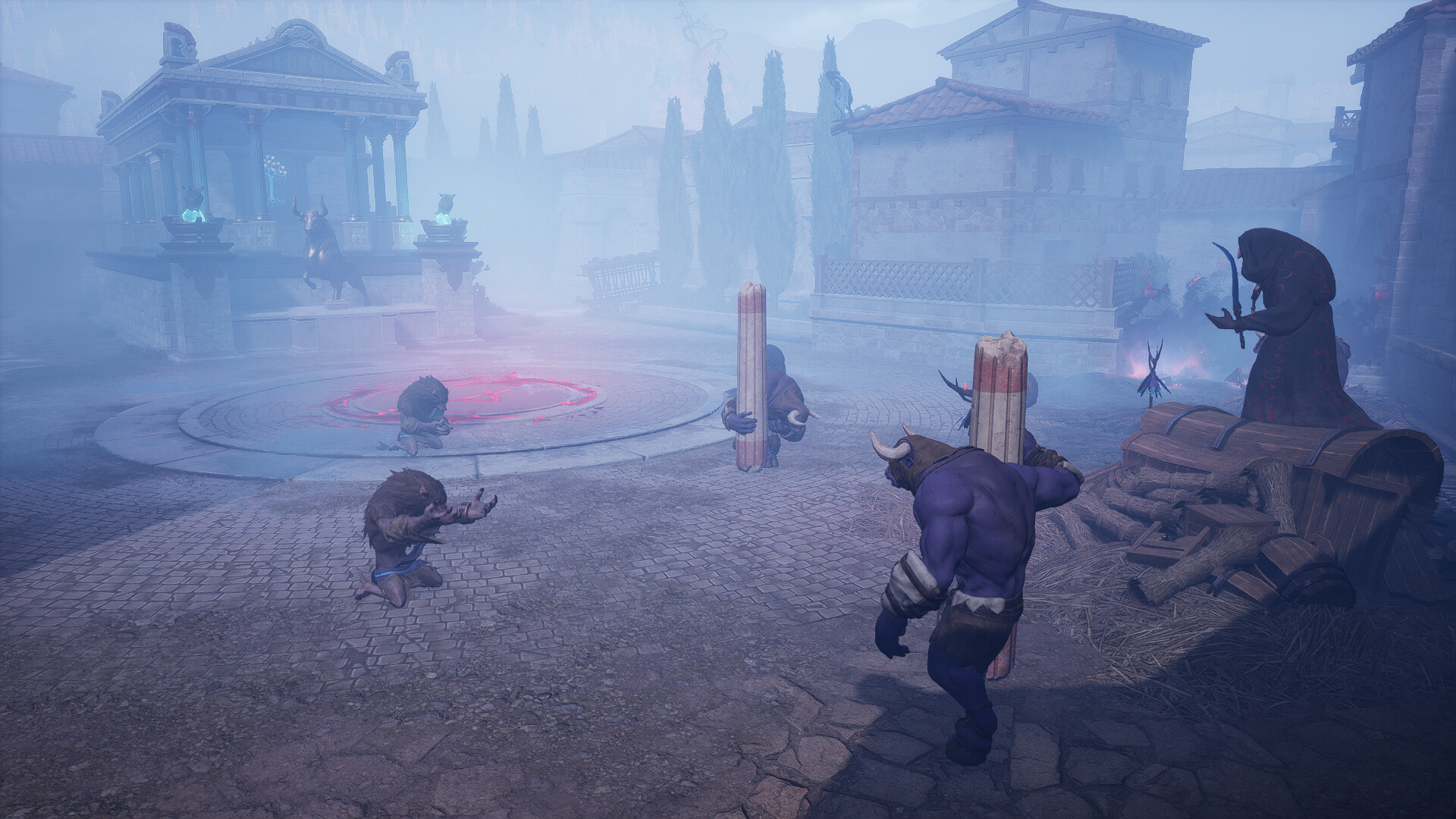 These cultists stray from the doctrine of the Gods of Stars, they believe that only an appeal to the wild hearts of the beasts can save them from damnation. To do so, they perform a magical “Ritual of Sublimation” which transforms them into werewolves and other mythical creatures. The ritual allows them to use the powers of the beasts: the strength of bulls, the sharp fangs and claws of wolves or the swift wings of birds. 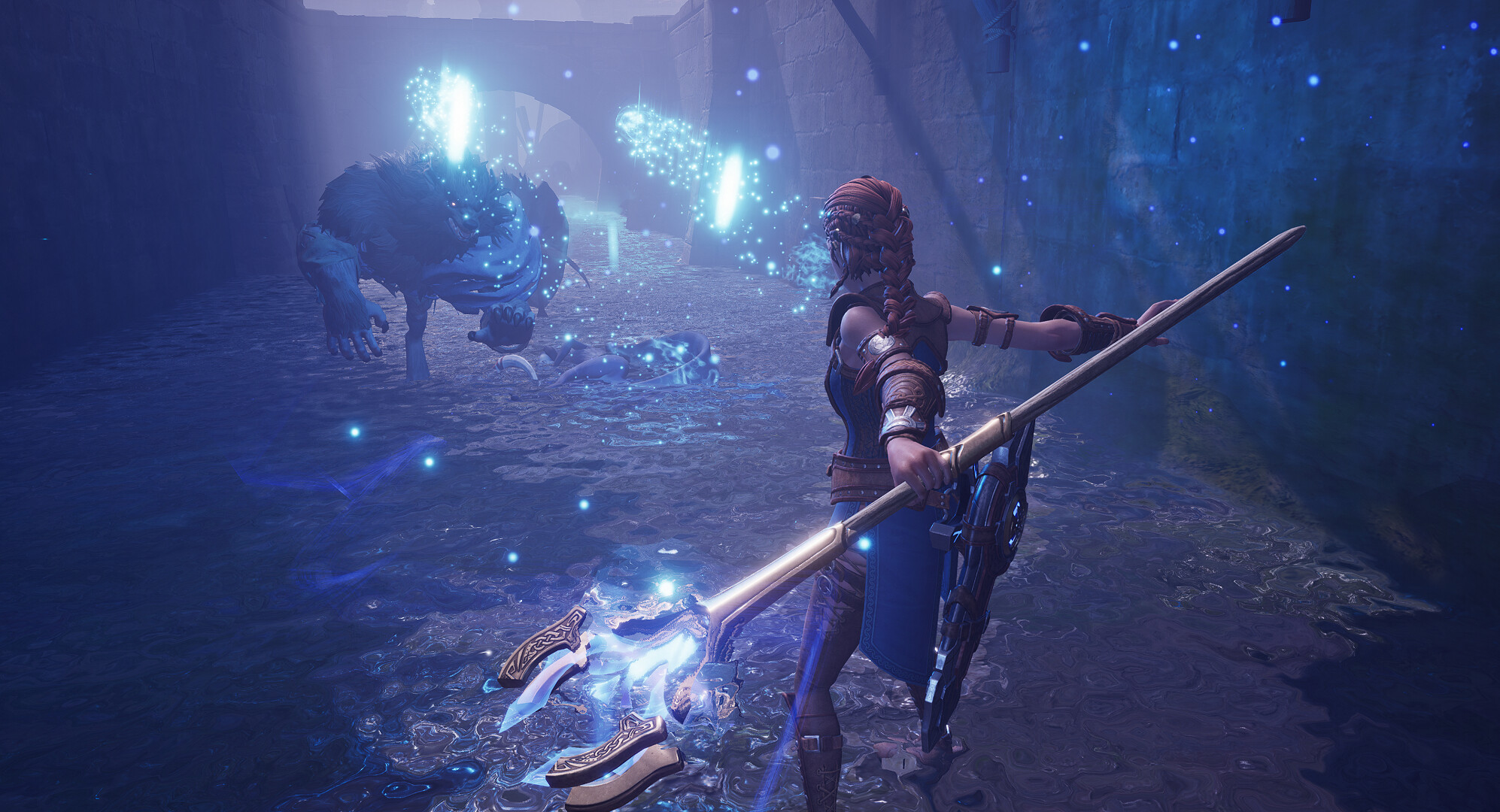 Using Starite – the magical mineral that was used to empower many things in life of Aphesians – some cultists can create powerful spells, such as chain fireballs or even shockwaves. Remember to be extremely careful when traversing the city as cultists often ambush or attack from the blind spots. They also tend to run in groups, making them even more difficult to fight.

Hilda is masterful and wields six weapons: The sword and shield, magic staff, daggers, enchanted bracelets, battle hammer, and spear. She can use any two weapons simultaneously in battle and change them on the go depending on the situation. Each weapon has its respective advantages and disadvantages. For example, when fighting enemies armed with small weapons, using a shield against them will give you an advantage, as it can easily block those attacks.

However, a war hammer will be far more effective than a sword against those wielding a shield or strong armor, as its powerful blows can easily penetrate your opponent’s defenses.

You can use any combination of all the weapons available to Hilda to better adapt to the situation on the battlefield. But most importantly, you will be able to create your own combat style by utilizing the unique features and enhancements of the different weapons!

Descending into the depths

During her journey, Hilda will not only explore the surface of the City of Aphes, but also descend into ancient caves full of mystery and peril, where the locals mined the magical mineral Starite. These crystallised minerals shine and emit an illuminating light, like the very stars themselves, thus the caves got its name – The Glittering Deeps. 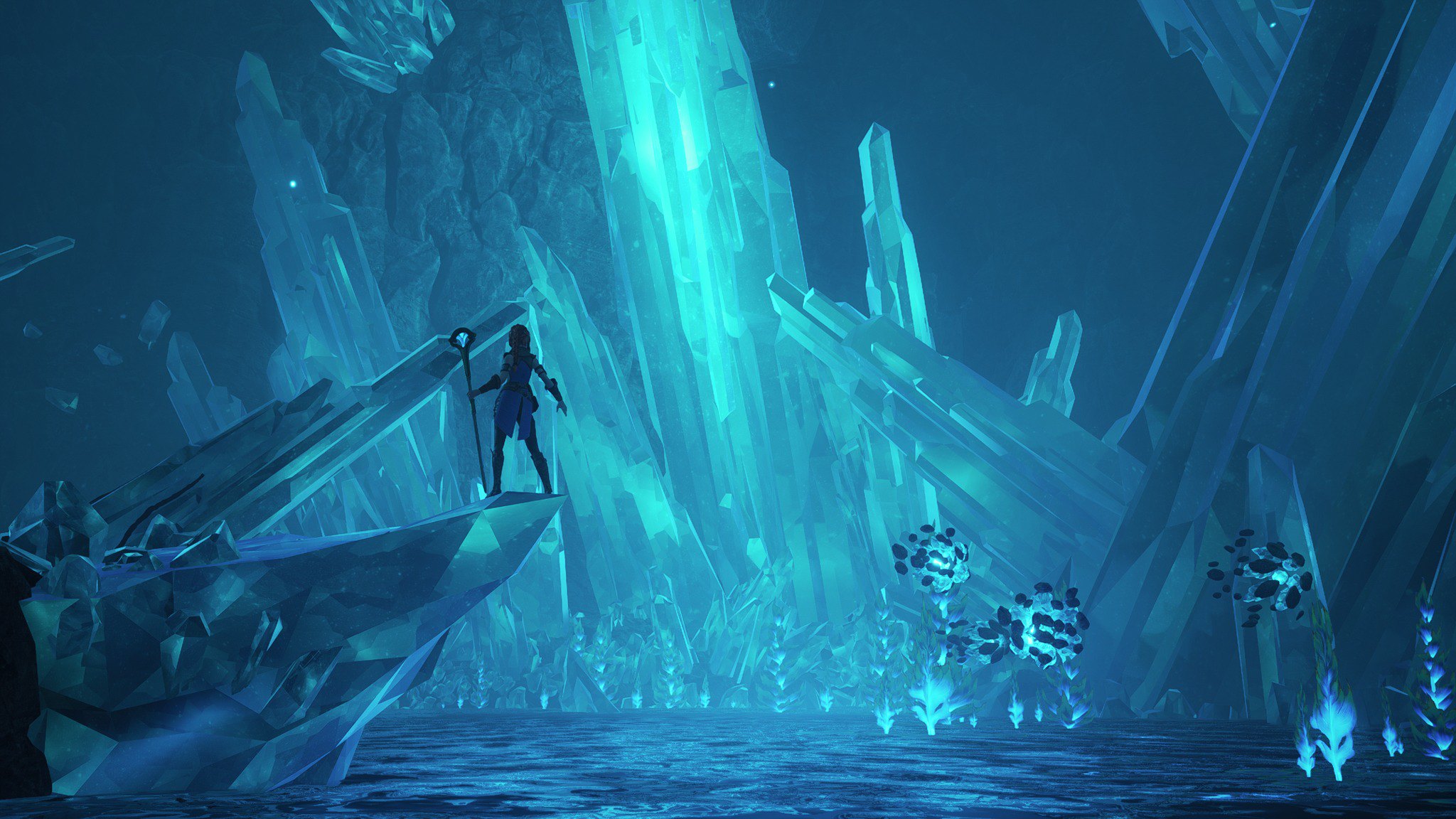 The history of Glittering Deeps is so ancient that even the modern historical chronicles of Aphes have failed to trace it. There are even ancient ruins in the depths that hint that there was once another, even older city at the site of modern-day Aphes. With so many mysteries around them, the Glittering Deeps is a Hazardous place for adventurers.

Monsters of the Deeps

In the deepest hollow there is a magical anomaly that causes many cliffs to come to life and behave with hostility to anyone who dares to trespass here. In addition to the stone creatures, there are also ‘crystallised monsters’ living here. Their appearance blends well with their surroundings and they pose a real danger, lurking among the crystals, stalking their next prey.

One of these terrifying creatures is called Breathless. 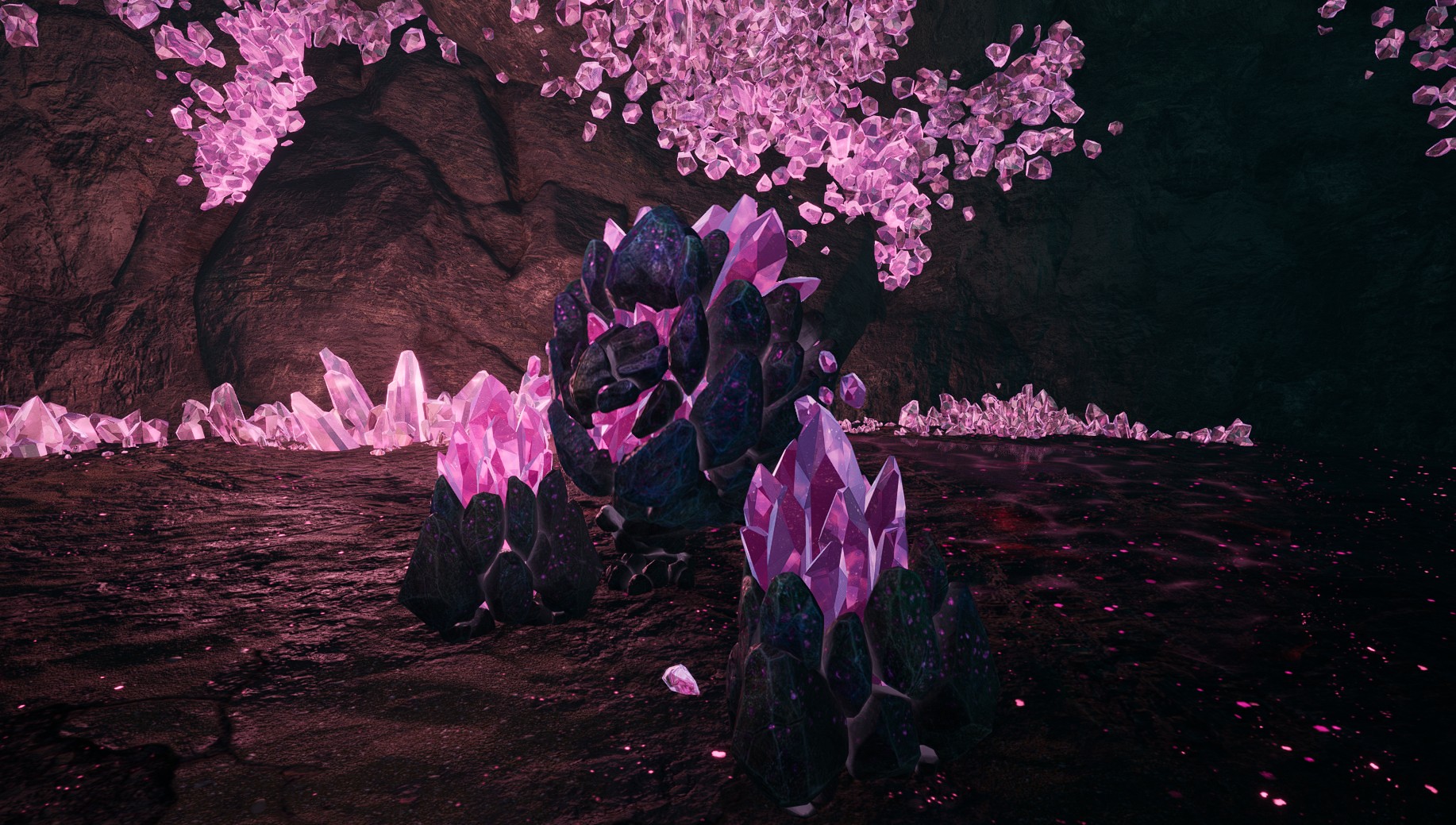 Breathless is a fearsome stone creature, possessing a very hard and sturdy body and able to harness the magical power of the tranquilite, of which his body is also partly formed. This monster is dangerous not only in close combat, but also in ranged combat. It can strike with its giant stone arms, as well as unleashing a barrage of various projectiles: homing missiles, cannon beams, or exploding rocks.

His only weakness is the being’s slow movement and how its every attack takes time to prepare. You would be wise to take advantage of this!

Set out on an adventure and forge your legacy 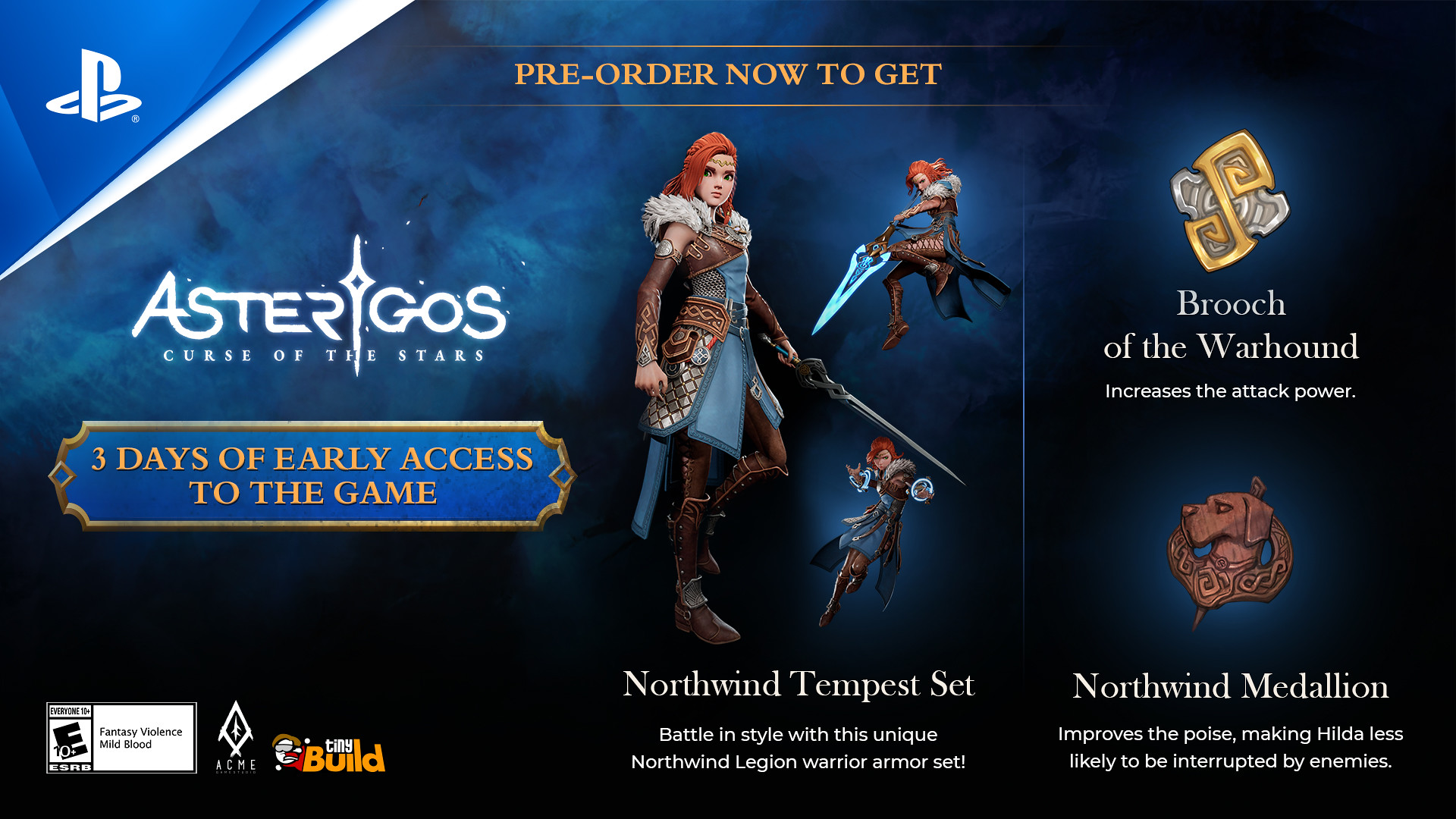 Asterigos: Curse of the Stars arrives on PlayStation 4 and PlayStation 5 on October 11, and you can pre-order it today! Players who pre-order the game will be able to start playing three days earlier on October 8, as well as receive additional bonuses such as exclusive armor and a set of trinkets to power up your character in the early game.