Join us Saturday, July 16, for one of Twitch’s most popular shows of the summer featuring an immersive in-game event, incredible giveaways, and major world premieres.

There are few days in the year that I get extremely excited over and look forward to as much as TennoCon. It’s a day that’s personal and rewarding, yet completely terrifying at the same time. The entire team behind Warframe has put so much love, energy, and soul into creating this big little game that has in some ways become a cherished escape for millions of players around the world. To be able to take the stage with my colleagues each TennoCon and represent the incredible work this team has delivered is a feeling unlike any other. And holy c**p do we have a show for you all this year! From exclusive news and developer panels, to an immersive in-game event and incredibly handsome giveaways and rewards, you won’t want to miss out on this wild day for Warframe. Plus, if you’re tuning into our TennoLive keynote presentation, you’ll be among the first in the world to experience a live demo from our anticipated open-world Warframe expansion – The Duviri Paradox. Here’s what you need to know before tuning in on Saturday, July 16.

TennoCon will kick off on Saturday, July 16 with our 2022 show starting at 12:30 p.m. ET. Streaming to multiple platforms, including Twitch and YouTube, for free, our 2022 digital show will offer plenty of Warframe rewards to players tuning into the show, including the Vericres Warfan, Renayla Sugatra, and an ultra-rare Titania Prime drop. Plus, you can jump in-game starting at 12:30 p.m. ET to claim a new Operator cosmetic – The Stranger’s Hood – for just 1 credit from the in-game Market. Make sure to act quickly! The Stranger’s Hood is a limited-release item and will disappear from the Market after 48-hours.

On top of the Warframe rewards, we’re extremely excited to be collaborating with several partners to offer a ton of giveaways leading up to and throughout the show, including custom PC gear from HP Omen and HyperX Headsets! You can head on over to the Digital Extras page on the TennoCon website and follow Warframe on Twitter to learn more about these incredible prizes and how you can win by tuning into TennoCon this week.

Our 7th annual TennoCon will be packed full of insider news, panels, developer Q&As, community activities, and so much more, and it all culminates to TennoLive at 5:00 p.m. ET. TennoLive is our keynote presentation for the day – the moment our entire day is built around. Take the front row seat as we pull back the curtain on some incredible announcements and take you into the bizarre timeline and world of The Duviri Paradox with a live gameplay demo from the stage. On top of the live gameplay, we are inviting Warframe players around the world to join us in-game for an immersive event where you can jump into a small area of Duviri – The Duviri Amphitheater – and experience a little taste of the world and atmosphere we are creating. To join us in-game during TennoLive, jump into Warframe and navigate to Earth on the Star Chart. From there, you can select The Duviri Amphitheater and blast off to join your friends for one of the most unforgettable TennoLive presentations in Warframe history.

There is so much to look forward to at TennoCon this year and we still have a few surprises up our sleeves so buckle up and get ready to take a front row seat to some of the biggest moments in Warframe history. You can even commemorate the day with a TennoCon Merch Pack for some exclusive event swag or pick up a TennoCon Digital Pack to gain access to a host of Warframe cosmetics and accessories, along with a ticket to Void Trader Baro Ki’Teer’s Relay where you can access Baro’s entire inventory and put those Ducats to use.

See you in the Origin System, Tenno! 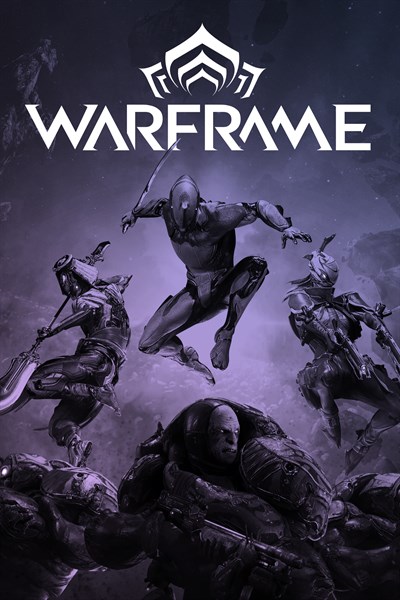 ☆☆☆☆☆ 1591
★★★★★
Get it now
Awaken as an unstoppable warrior and battle alongside your friends in this story-driven free-to-play online action game. Confront warring factions throughout a sprawling interplanetary system as you follow the guidance of the mysterious Lotus and level up your Warframe, build an Arsenal of destructive firepower, and realize your true potential across massive open worlds in this thrilling, genre-defining third-person combat experience.